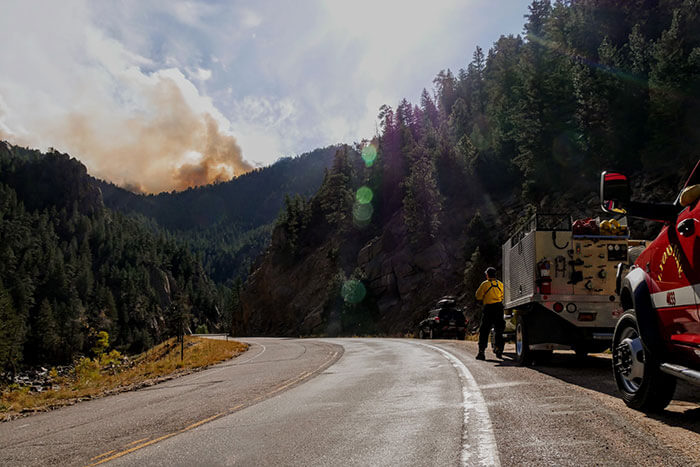 During the week of April 25th through the 29th, I traveled to the annual workshop of the Fire Learning Network, the National Fire Adapted Communities Learning Network and the Indigenous Peoples Burning Network in Jacksonville, Florida. These groups are working primarily on two of the three “legs” of the Western Cohesive Wildland Fire Strategy-  Resilient Landscapes and Fire Adapted Communities, although response is represented by outstanding people in each network.

Staff from the Watershed Research and Training Center, The Nature Conservancy, and our hosts from the Baker County Fire Adapted Community and Florida Forest Service brilliantly planned and facilitated the three and a half day workshop.

The Future of Fire, reflections on the National Cohesive Wildland Fire Management Strategy and Skill Building led the way on day one.  Working together with people from all over the country we took time to ponder and articulate shared visions for integrated fire management. Also, throughout day one the agenda provided time for updates from communities and network participants representing communities and resilient landscape coalitions engaged in integrated wildfire management across the nation.

For me, it was an honor to provide a 5 minute update on the Washington Fire Adapted Communities Learning Network (WA FAC).  The Washington Fire Adapted Communities Learning Network is one the first fire networks to be launched at the state or regional levels.  As I assembled my notes and slides (condensed into 5 minutes and 3 slides), I reflected on where we started, as an idea brought to Washington on a napkin, and to where we are now.  It is encouraging to see our existing network of staff, steering committee members and ten amazing Washingtonian communities working together to accelerate FAC practices across the state.

At the same time I am inspired by Washington communities, it is just as encouraging to see the work of so many communities throughout the country working together to implement new paradigms in resiliency enabled by local implementation of the cohesive strategy.  Each community might have unique challenges brought on by geography, funding, and general “politics”, but there are consistencies in the catalysts for success, like; “partnering”, “collaboration”, “together”, “coalition”, “teamwork”.  We use these words a lot for a reason.  These are the powerful words that drive our success past our unique challenges.

The second day of the workshop brought us out into the pines for a learning exchange with local partners, Florida Forest Service, US Forest Service, and The Nature Conservancy.  We learned that in 2015, there were 2.5 million acres burned in Florida – ON PURPOSE.  Although approximately 1 million acres was cropland such as sugar cane, Florida surpasses any other state using prescribed fire to mitigate wildland fire fuels and restore its fire dependent ecosystems.  Our hosts described Florida as the lightning capital of the world.  The resulting forest ecology expresses many adaptations to the areas propensity to burn.  This is highlighted by the once dominant longleaf pine, whose growth cycle can be described in the following simplified terms:

Our hosts showed off great programs in forest management, ecological recovery and prescribed fire.  They even took us to a prescribed fire where the Prescribed Fire Training Center, headquartered in Tallahassee, FL, was completing a burn.  Wildland firefighters and prescribed fire practitioners from around the country were working on the burn unit and receiving training and experience. The field day was amazing.  The partnership brought out all of the stops.  They even brought a helicopter, and a lot of their heavy equipment that they use to dig fire lines in Florida – no easy task in terrain that transitions from “ridgetop” to “swamp land” in a matter of feet.  The word of the day was again partnership and cooperation.  There was a lot of emphasis on working through challenges together and focusing on common goals.  It was clear that these partnerships had generated actions toward meeting common goals between fire fighters, natural resource management agencies, private timber industry leaders, and non-governmental organizations.

Day three focused on “advancing the goals of our partnerships to bring about a new fire paradigm”.  This was a valuable day that included hot topics discussion similar to work completed at WA FAC’s annual meeting held earlier in April 2016.  I gained awareness of how to better tend the Washington Network by having a chance to work in a session with the Network Builders Club Community of Practice. This Community of Practice is a group of state and regional network coordinators that are working to develop and support Fire Adapted Communities networks similar to WA FAC.  We learn and share with one another in order to build better networks.  The lessons from WA FAC are valuable to share with this group and are helping to propel Fire Adapted Communities throughout the west.

The formal agenda items for the workshop were carefully planned and excellently carried out, but there was also time between sessions, on the bus during the field exchange, at meals and in the evening to network with the other Integrated Fire Practitioners from the networks.  Learning and sharing of information was rampant.  In addition to these WA FAC blog posts and the information generated by network members in Washington that you also consider signing up for the blog posts and social media feeds of the national FAC Network at www.fireadaptednetwork.org. 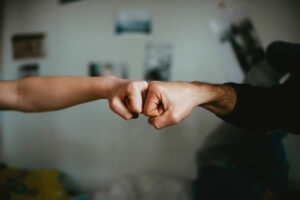