A Critical Ingredient to Washington’s Hops 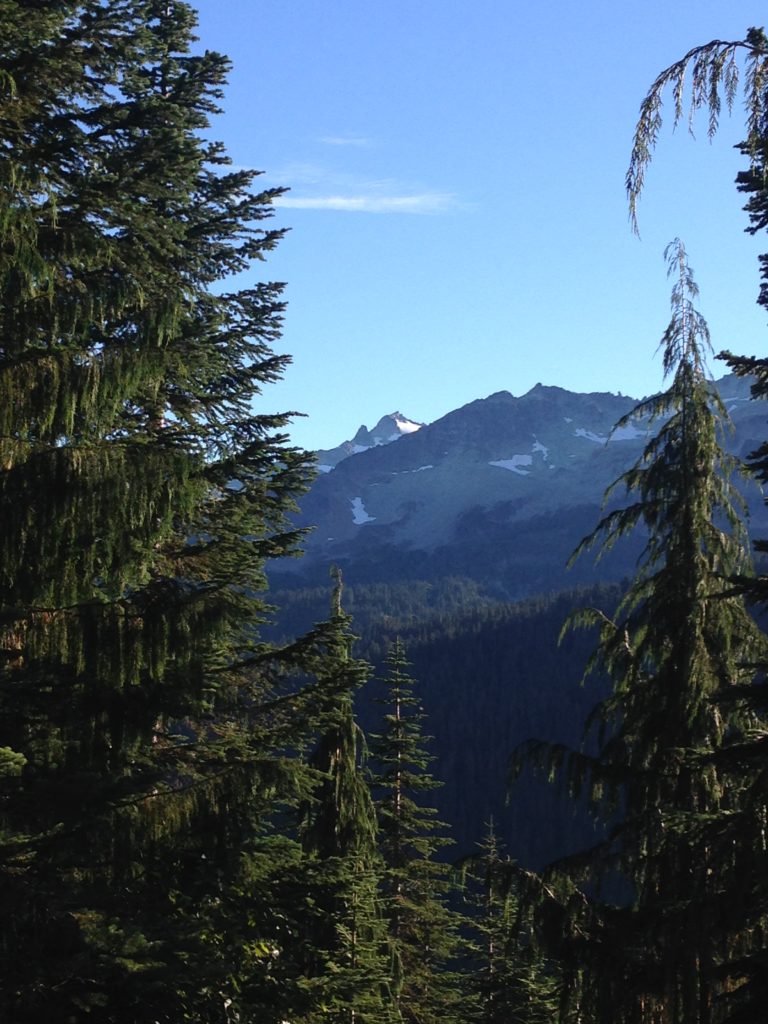 Forests like these cover the upper Yakima River Watershed. Photo by Ryan Anderson

Editor’s note: This blog originally appeared on The Nature Conservancy in Washington blog. Learn more about healthy forests and beer at Oktoberfest.org.

Washington State is a land shaped by fire and water. Mighty rivers have formed our landscapes and help to support wildlife, power our homes and cities, and water our farms. Likewise, fire has existed in the forests, prairies, and shrub-steppe of our state for thousands of years as an important agent of change and rejuvenation.

Toward the Yakima Valley, the Naches and Yakima Rivers flow out of the Cascade Mountains forested slopes in central Washington State and into the Columbia River. The Yakima River is one of the most productive watersheds of the Columbia. Unique folds in Columbia basin basalt (LAVA!) combined with gravel and sediment  created vast floodplains that once were, and soon will be again, critical habitat for upwards of a million adult salmon returning to the Yakima Valley throughout each year.

Celebrate Forests and Beer with OktoberForest

The water that runs from the snow and forests of the Cascades has become a vital economic driver in modern times. The valley’s sun, soil, and irrigation supply, along with its hard working community, have created a hop industry that supplies approximately 70% of the nation’s hops. That means 70% of our beer is dependent on reliable, clean water that originates in the forests of the eastern Cascades.

September and early October bring familiar and odorous reminders that Yakima is “Hop Town, USA.” Crews cut hop vines off of trellises and haul them to various processing facilities while the familiar smell of beer’s most distinct flavoring agent – hops – drifts through town. Occasional whiffs of smoke from prescribed fires blow through town as well. These autumnal smells are both important to the beer industry and to the forest. Beer needs clean water that has been filtered and stored in healthy forests. The dry forests of the eastern Cascades need occasional low-severity fires to protect them from devastating fires and to preserve their necessary function of providing clean water.

But our forests are unhealthy. Natural fires, started by lightning during the dry months, used to dance their way across the eastern forests of Washington. These low- to moderate-severity fires are necessary for the health of the forests and served to burn through the vegetation on the forest floor returning nutrients to the soil, naturally thinning the forests, opening up the understory for new plant growth, and creating important habitat for wildlife. Periodic fires like these reduced the available build up of fuels for the next fire, continuing the cycle of low- to moderate-severity fires.

We have been very effective at fighting fires to protect forest resources and communities. This has resulted in the suppression of natural fire which would otherwise reduce the buildup of dead vegetation. With higher fuel loads, fires burn hotter and faster. And these fires are much more difficult and costly to fight. These megafires are consuming resources – economic, environmental and human – at an unacceptable rate.

Megafires can affect water supplies in devastating ways. Without vegetation to slow down the movement of water, it can move large volumes of soil, ash, and other sediment. Although sediment movement, landslides, and debris flows are all normal processes in the Cascade Mountains, they can occur at super-natural scales if our forests suffer burns that are also super-natural.  During Washington’s Carlton Complex Fire, for example, massive debris flows destroyed infrastructure such as irrigation systems, roadways, and buildings.  When debris flows like this occur above reservoirs or water intake structures, capacity of those systems can be lost for long periods of time or indefinitely.  This is on top of the water quality lost due to more silt running into waterways.  These events change the clarity of water, its taste and odor, and can result in other adverse effects on water.

If our forests are not treated, through mechanical thinning or planned and coordinated burns called prescribed fire, a highly destructive fire could cause a disruption of our clean, reliable water, impacting our hop production, drinking water, and brewing industries and create major expenses for water users.

Healthy forests and the reliable water they produce are not just for beer, but for the benefit of all downstream communities. Some communities are recognizing the risk from uncharacteristically large and destructive fires and the potential impacts these fires would have on their clean water supply. In New Mexico, a community in the Santa Fe Watershed recognizes the value of healthy forests for providing clean water. This type of investment is also seen in the Rio Grande Water Fund. Communities are recognizing the risks and are protecting their watersheds with investments from utilities and other funders that depend on healthy forests.

In our state, the Washington State Fire Adapted Communities Learning Network is working to connect communities that live in fire prone areas so that they can learn from one another, share resources, and support each other when fires affect them. Understanding the impacts of fires on our water resources is one piece of this complex issue, and communities are coming up with local solutions that work best for them.

The Yakima Valley is blessed with hops and beer, forests and fish. Both fire and water play an important role in supporting these natural resources. We can protect these resources and our communities by recognizing the role fire plays, both good and bad, and by addressing these risks for the benefit of all. 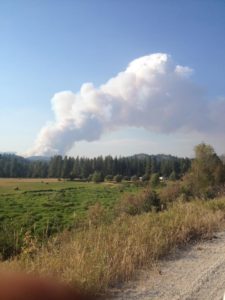